December 23, 2010
In late 2009, a semi-outdoor shopping complex named 1881 Heritage was opened at the water-front of Tsim Sha Tsui. It is on Canton Road (which is famous for having upmarket designer brands flagship stores) and within walking distance of the Star Ferry Pier, a prime location that every property developer wanted their hands on.

This site was home to an historical monument, the former Marine Police Headquarters, from 1884 to 1996. In 2003, the Hong Kong Administration awarded the site to a particular property developer for commercial purpose at a price, and with an agreement that the historical building will be persevered.

This historical treasure was transformed into a hotel and shopping complex, offering very expensive watches, pens and glasses. The refurbishment and the project itself was full of controversies. In short, there were debates whether it was a wise decision to "sell" public land and transformed it into pseudo-private properties; hundreds of trees were permanently removed to create space for more shops; and the general public were denied access to certain areas by security guards. 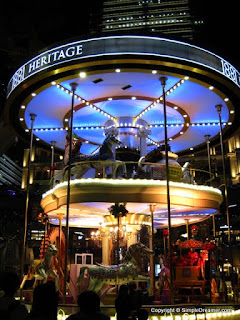 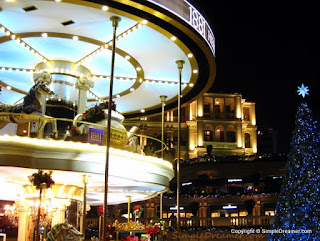 It was heated public debates and media's monitoring that made 1881 Heritage to what it is today. Nowadays, 1881 Heritage welcomes any foot traffic. In reality, most visitors are not shoppers. They are there to have their photo opportunity with the historical monument (some even have their wedding photos professionally taken). 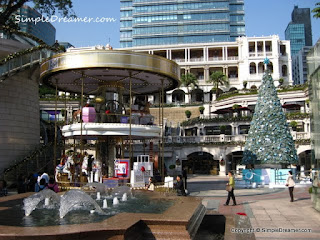 It is very nice to see the landlord put up a good show in 2010 Christmas. A giant Christmas tree and a merry-go-round at 1881 Heritage are placed in an open area (outdoor) relying on the mercy of the weather. It is certainly a good gesture to the general public.


Nearby Attractions (within walking distance):
K11, The Peninsula Hotel