December 29, 2010
Cosplay or Costume Play is a hobby that has gained its popularity amongst teenagers and young adults. The idea is to dress up as a particular cartoon, video game or comic book character and take photos. It originated in Japan, where the comics and cartoon industry is huge.

As these characters are usually human like, you do not have to dress up as a giant mascot in cosplay (コスプレ in Japanese, where cosplay origniated). However, the costume itself, accessories such as make up, pupil and hair colour are usually different from main stream styles and colour. In other words, this hobby does cost a bit, especially for teenage students. Having said that, a hobby is a hobby. One would do whatever it takes to have fun. 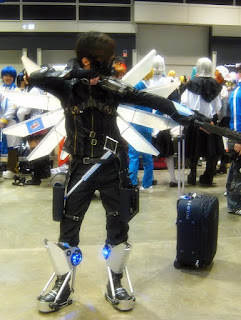 There are various opportunities for cosplay enthusiasts to showcase their talents throughout the year. The Asia Game Show is one that attracts lots and lots of young people to dress up and preform in front of other enthusiasts. 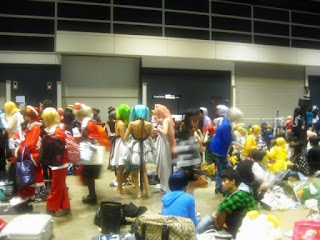 One particular cosplayer that caught the center of attention dressed up as Iron Man from the movie Iron Man 2. Apart from having a great helmet, light bulbs were installed on his palms to symbolize the light beam weapon. Furthermore, Iron Man was making all sorts of moves! It would be prefect if his other friends from team Avengers were also there.


On the other hand, this Iron Man costume has also raised a few eyebrows. At first look the costume looks like Iron Man, on closer look, elements from characters in Halo the video game can be found. Here is a short video clip and more photos of the Iron Man

cosplayer. Be the judge yourself.