Earth From Above: Mother Nature

January 11, 2011
The world famous aerial portrait exhibition "Earth From Above" is in Hong Kong China from 29 Dec 2010 to 29 Dec 2011. Hundreds of magnificent photographs captured by master Yann Arthus-Bertrand

are printed and presented on the roof-top of the China Hong Kong Harbour Ferry terminal. 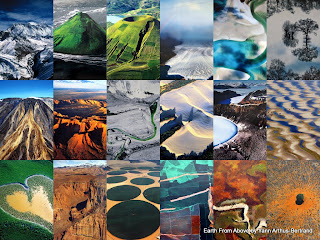 . The general public can admire amazing photographs taken at the various corners of the world; and learn about the damages that human beings has been doing to our planet. 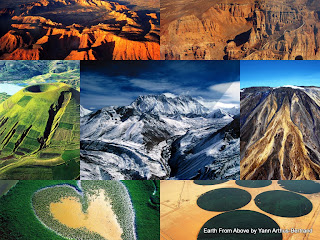 The images presented are photographs of the large prints that are on displays at Hong Kong. They have been re-sized and re-cropped. There might also be unwanted glare or shadows in some of the photos.

Details of the images presented in the collages: