A matrix of Converse @ SoHo

May 28, 2012
In the 1999 blockbuster "The Matrix", Morpheus shown Neo an array of weapons in the "training environment". This wall of Converse shoes somehow reminded me of this classic scene. 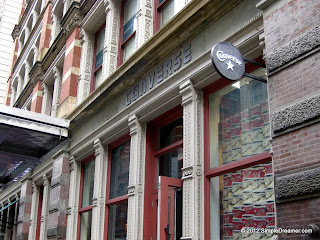 I have never been a fan of this fashion brand. In fact, I found my pair of Converse difficult to walk in. Even so, when I walk passed this Converse store on the Broadway in the SoHo district of New York city, I walked-in with my pair of Nike. I ran into this wall. 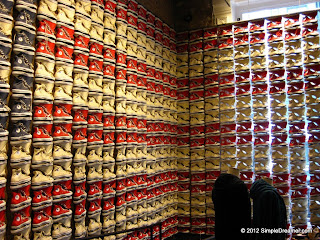 The friendly shop assistant explained the origin of the name SoHo. The name is the abbreviation of "South of Houston Street", which is a street that intersect with The Broadway. The suburb that is at the South of Houston is hence called SoHo. How Conve-nient!
New York Travel