Mr. Trump and His Empire

May 24, 2012
"You are fired!" - one of the most well known Television quote in the past five years, came from the juicy multimillionaire Mr. Donald J. Trump. This man needs no introduction. His past, his looks, his wealth, his talks, his move, one can write a book on each one of these topics. 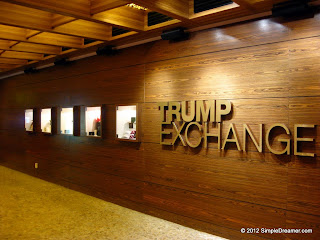 Donald Trump is certainly one of the figures I enjoy watching and hearing about. The way he talks and do things are so inspiring yet entertaining. Whenever I read his books, I can almost hear his narration as I go through the lines. He isn't the perfect role model but certainly has many cool qualities. 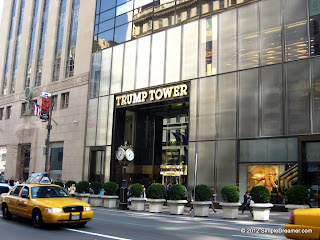 I had an opportunity to visit the Trump Tower on 5th Avenue in New York City, as well as the Trump plaza in the Atlantic City. It would be a fair comment to say that the interiors of these two buildings are still 1980s "themed", there are still corners that more "modern". 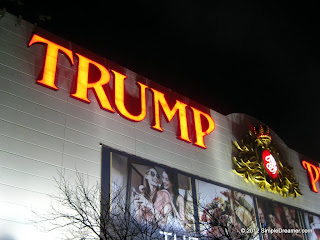 I found one of Trump's inspiring quote in the souvenir shop in at the Trump Plaza at Atlantic City. "I like thinking big. You have to think anyway so why not think big?"  Thanks, Mr. Trump. 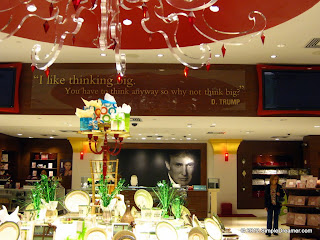