August 05, 2012
Shanghai has been a major trade port of China for hundreds of year. It was not until 15 to 20 years ago that this oriental pearl finally became one of China's international trade centers.


When compared to Hong Kong, Beijing and Shanghai perhaps lack an internationally recognized legislative framework. Furthermore, its people's mindsets are seemingly still half a step behind the western trade community. However, it is without a doubt that Shanghai and Beijing Chinese are learning and growing at the speed of light!


What grew even faster were the infrastructures in these cities. Modern commercial and residential buildings were erected at unbelievable rates. The Luijiazui district in Shanghai (上海陆家嘴区 in Chinese) is one of the prime example. In just under two decades, the district became Shanghai's financial center. 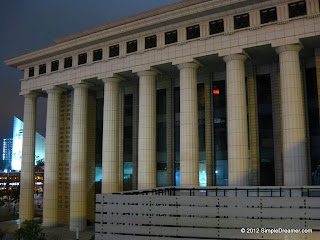 Companies from around the globe set up offices in Luijiazui (陆家嘴). Shopping malls in the district are occupied by designer brands. Amongst all the skyscrapers in the district, the "bottle opener" Shanghai World Financial Center is a landmark of Luijiazui and of the Shanghai city.


Observing from The Bunk on the other side of the Huangpujiang (Huang Pu river, 黄浦江 in Chinese), skyscrapers in the Luijiazui district creates at great picture. Although it is may half pixel behind the backdrop of Hong Kong's Victoria Harbour, it is definitely as remarkable. 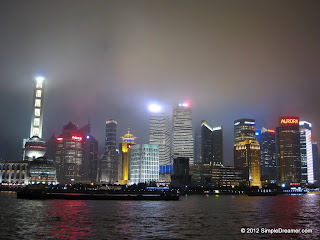