Wuhou, short for the Marquis of Zhongwu, was the title given to one of the best strategist in his era. Often considered as one of the smartest and brightest man in Chinese history, Zhuge Liang was the state chancellor of "Shu Han" Kingdom during the Three Kingdoms period.

You can read all about Zhuge Liang, Mr. Crouching Dragon, on the web. There are so many fiction and non-fiction books on the fictional and factual stories at his time. According to the books, Zhuge Liang lived in the area for a period of time. Some 2000 years later, the Wuhou District of Chengdu became a tourist district. 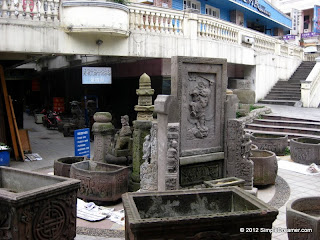 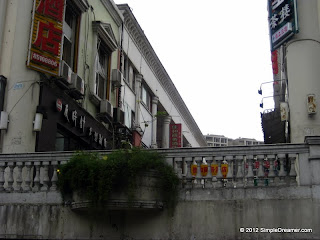 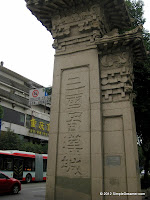 At first impression, the district is neither too modern nor too underdeveloped. There are clear indications that the local government is doing its best to preserve historical buildings, while opening some historical treasures to attract tourist. Although this may make perfect sense to most people, this is not the case in many cities in China. Hong Kong is a prime example. The government of Hong Kong demolished historical buildings after buildings to make room for new real estate development. Chengdu is doing a much better job in this regard.

In Chengdu city and especially in Wuhou District. There are modern buildings. There are also plenty of historical buildings and structures that clearly demonstrate Chinese architecture while presenting its history.

The combination of traditional and modern buildings and a "just right" amount of trees built a stunning picture. Despite of the cloudy weather during my visit, a wall in the Wuhou district was very pleasant. 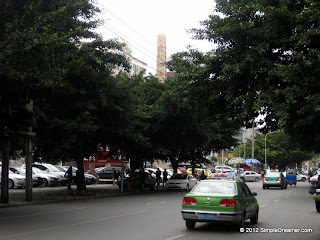 One of the must see attractions in Wuhou district is of course the Wuhou Memorial Temple. It is a more than just a temple. It is a museum that exhibits Chinese culture, architecture and stories of Zhuge Liang and the Three kingdom period. Adjacent to the Wuhou temple is Jinli Ancient Street, a shopping lane made up of ancient Chinese buildings. One can easily enjoy three hours of Chinese culture at these two attractions in Wuhou District at Chengdu of Sichuan, China.