It is without a doubt that the Tiffany Christmas Wonderland looks much better at night with lights on. However, it is much easier to see the efforts event organizers put into decorating Statue Square under daylight. 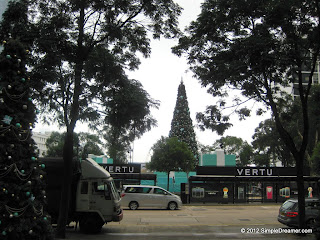 We were impressed by the care and attention put into fine tuning everything in the Wonderland. As an example, all the grey metallic fans were covered with sheets of plastic in Tiffany blue. All the wires were hidden so well that were almost impossible to spot. 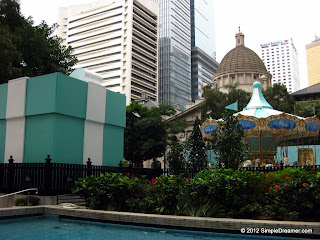 One object that looked great during both day and night is the Tiffany merry-go-round. Together with the giant Tiffany gift boxes, they added an unique flavour to the landmarks and key buildings in Central of Hong Kong. Objects in the Tiffany Christmas Wonderland offered unique photograph opportunities. 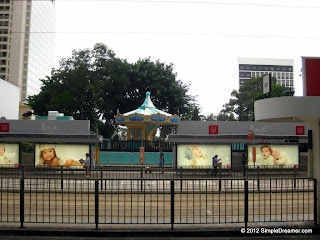