Taxis in Hong Kong are very easy to identify. They all have silver roof and a light box that reads Taxi. The colour of the body of the vehicle distinguish which districts that taxi operates in. The most common taxis are in red. Red taxis operate in most of the metropolitan district of Hong Kong. Tourists are most likely to hop on a red taxi. Green taxis operate in New Territories, which is the northern rural parts and new towns of Hong Kong. Blue taxis operate on Lantau Island. There are straight rules on where may which taxi operates under which condition. All taxis in Hong Kong must charge by the meter. The charges are clear listed on all passenger doors in English and Chinese. 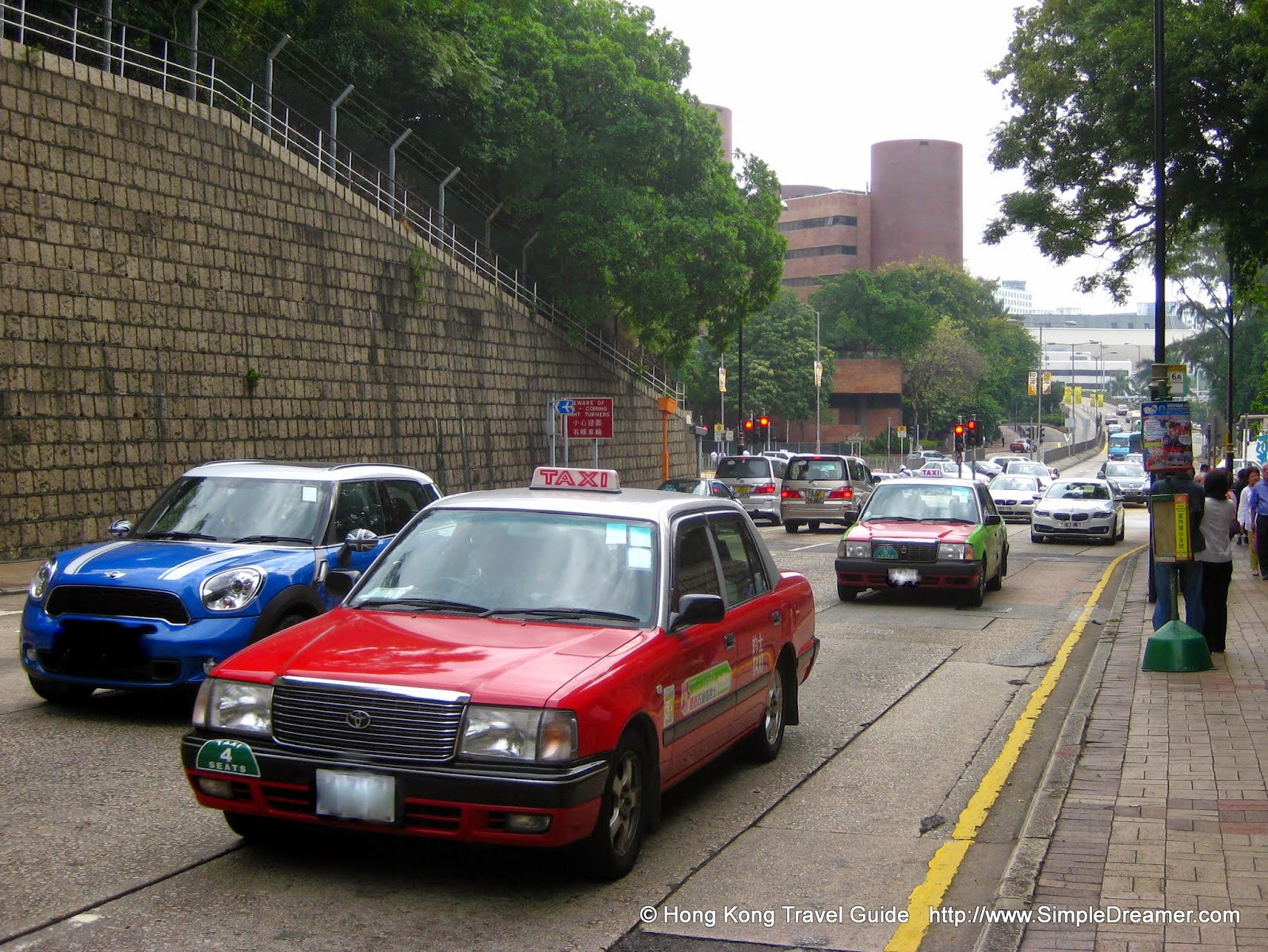