It's an all time favorite board game! It's Monopoly! Since its debut in 1935, Monopoly has been translated into 47 languages, over 1000 versions and sold in over 110 countries.

One of these many version is Traditional Chinese sold in Hong Kong. That's probably why Maritime Square on Tsing Yi Island has brought a life-size Monopoly board to its atrium! 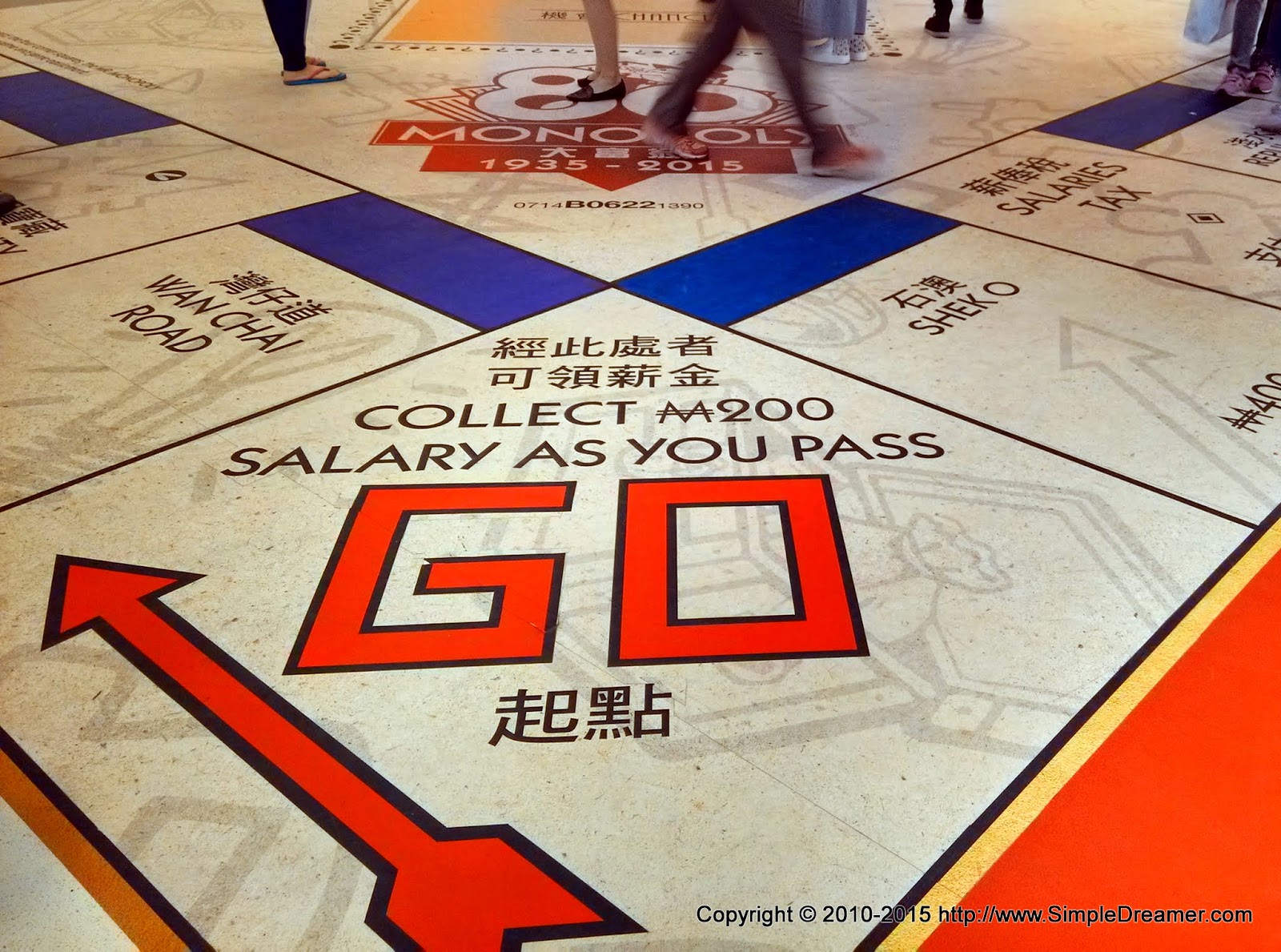 Even if you have not played a single game of Monopoly. You would have noticed the key features on the board such as "Go to Jail", "Tax" and "Chance". Go and have some Monopolized fun when you swing by Maritime Square.