November 12, 2010
A special exhibition Marvellous Inventions of Leonardo da Vinci is currently being held at the Hong Kong Science Museum. The Exhibition features crafted models built by The Artisans of Florence that brought some of da Vinci's designs to life. The show runs from 8 Oct 2010 to 9 Feb 2011. 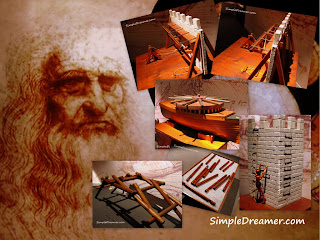 We were there to capture some of these ingenious inventions for you.
Naval Tank - Leonardo proposed to equipment a ship with a system of 12 cannons mounted on the rotating platform. The cannons would be firing simultaneously to prevent the boat from shifting from its course. 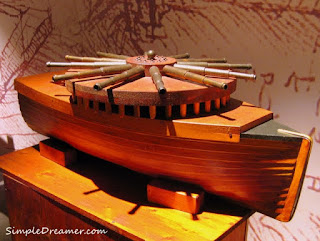 Arched Bridge Interactive - Using Leonardo's design, a bridge can be build entirely of interlocking logs without ropes or tools. This is particular useful for troops crossing rivers or gaps. 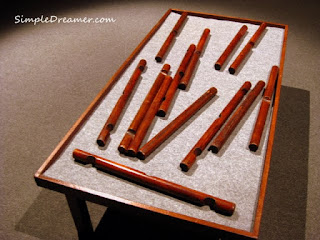 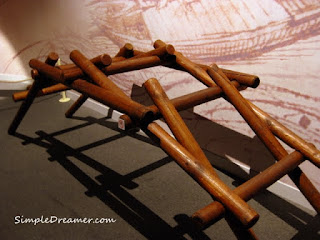 Castle Attacks and Defense Systems - Here are some examples of creative ideas from Leonardo da Vinchi.