November 29, 2010
Known as Kowloon West Battery, these three gun guarded the entrance to Hong Kong's Victoria Harbour between the Stonecutters Island and Green Island from late 1800s to early 1900s.

The Battery was first built at around 1878 to 1880, the guns were replaced in 1900 and 1911 respectively, and completed their services in 1917. These gun barrels are 5-inch Breech Loading Mark III. The general public are free to access these historical treasures during park hours. 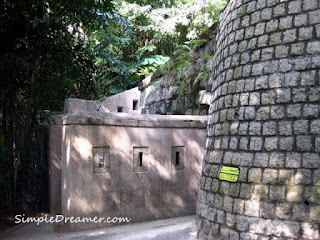 Kowloon Park hosts a series of mini-shows and displays throughout the year. It is also the home of exotic birds and plants, a small natural heaven in the city.