November 20, 2010
A River of Wisdom "Animated Version of the Riverside Scene at Qingming Festival" exhibition is being held at Hong Kong's AsiaWorld-Expo from 9 to 29 Nov 2010. All 600,000 tickets were sold out in less than 6 days. 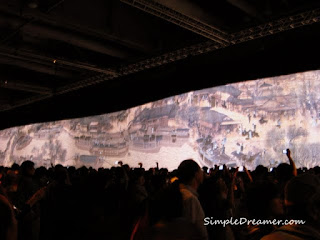 The "Riverside Scene at Qingming Festival" is an ancient Chinese painting masterpiece painted during the Song Dynasty (AD 960 to 1279). It gave insights into urban and rural life at the Song Dynasty.

Almost all civilization began on riversides; and the time that these riverside stories happened was near the Qingming Festival (around April of each year)... and hence the name "Riverside Scene at Qingming Festival".

The Hong Kong Exhibition showcased a replica of the "Animated Version of the Riverside Scene at Qingming Festival" exhibit that stunned the world at the China Pavilion in the recent Shanghai World Expo 2010. It was a moving art that involved a large projecting screen and many projectors and speakers.

Visitors were able to time travel and observe life some 1000 years ago with the aid of modern multimedia technology. We were there to bring you highlights from the show. 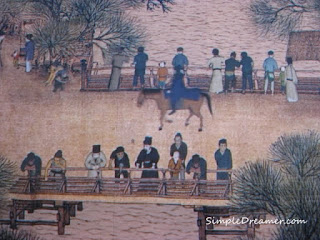