Christmas Tree @ The ONE

December 22, 2010
Located at the fringe of Tsim Sha Tsui, The ONE is one of the three new shopping complex in town. In terms of the overall concept, style, interior design and selection of stores; I believe The ONE is the best out of the four.
The fact that it is not at the centre of Tsim Sha Tsui put it into a slight disadvantage. It is however in the "golden" shopping section of Nathan Road, making it convenient for shoppers.

Just like the iSquare, the one is another example of demolishing an old and rusty building, then replace with a new and modern shopping mall that attracts mid-high tier retail shops and expensive restaurants. Most restaurants at The ONE are some 20 stories above ground level and have a 180 degrees view of the famous Victoria Harbour. However, the view is partially blocked by tall buildings (such as K11 and iSquare) built between itself and the waterfront. The business decision to build The ONE in its current form was certainly a wise one. (We will discuss the social responsibility etc later.) 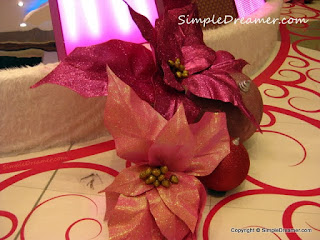 The is a romantic story behind The ONE. "The ONE" is believed to be a signature used by a Hong Kong business tycoon when he placed full-page newspaper advertisements to celebrate the Birthdays of a local actress & model. The property developer behind this project is the son of this business tycoon (who himself is a very successful and young businessman; and his birth mother is not the actress). This perhaps explain the pink theme in the logo.