January 08, 2011
A small collection of giant party masks are currently on display at the Metro City Plaza in Tseung Kwan O of Hong Kong. The masks and display stands are both charming and glamorous. 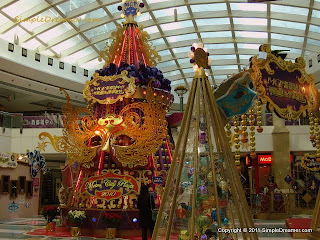 The design of the mall maximized the use of natural lights, which has kind of removed the magic and secret elements from the mask. Perhaps they would look even better at night. 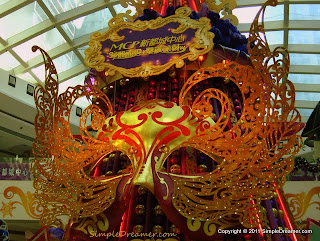 Tseung Kwan O, literally translate to General's Bay, became Hong Kong's landfill (ie. rubbish dumps) several decades ago. There were rapid development in the district in the past 15 years, making it a new district that resides the highest number of young families in Hong Kong. Today, the landfills in Tseung Kwan O are still in operation, which does produce undesirable odors that affect some residences. 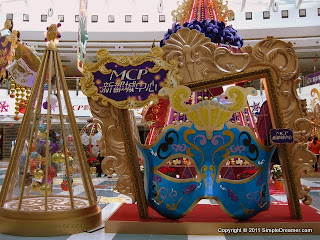 The whole community is built on mostly reclamation grounds: schools, hospitals, residential areas and shopping malls. The Metro City Plaza is one of the several shopping malls in the district. 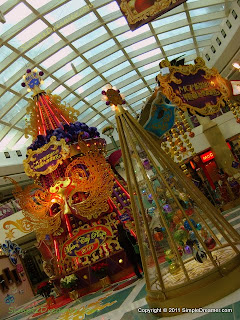