April 20, 2011
Megabox is a shopping complex at a district called Kowloon Bay. Kowloon Bay has been an industrial area in Hong Kong. With most factories and production plants shifted to mainland China, Kowloon Bay has been transforming into an office and shopping area.
While the exterior of the Megabox looks like a rectangular box, the interior is weird. Escalators and lifts jump from one floor to another with a difficult to follow logic. 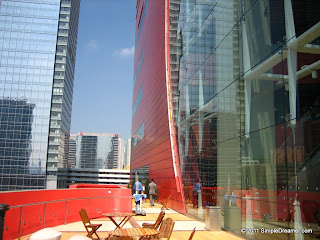 On the contrary, IKEA store, the best shop at the Megabox adopted an easy to follow "once you get it, you cannot get out, unless you walk through all my shelves" approach.
Speaking of its design, can you still remember the post on 1st April titled" Turtle, Egg and Egg holder? Have you noticed a "red box" in that photograph taken from the Victoria Peak on the Hong Kong Island? Here is that picture again.
That's right, the bright-red walls of the Megabox made it visible from the other side of the Victoria Harbour on a clear day. It's it amazing?! 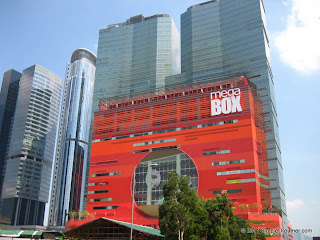 The Megabox has successfully attracted foot-traffic by offering free shuttle service from the Kowloon Bay MTR (subway) station. This is necessary as Megabox is not adjacent of any MTR or bus terminals.
Hong Kong Travel