New Delhi in a Flash

September 02, 2012
As a Simple Dreamer, I LOVED to travel and observe small things. It's a rare coincidence that I recently landed in New Delhi of India for a few days. I must admit that during my short stay, I have not been to Taj Mahal, Qutab Minar nor Elephanta Caves. I however had enough time to have an impression on one of the world's fastest growing countries.

The setup in New Delhi somehow reminded me a typical industrial city of China. As key members of BRIC, India and China are rather similar in some regard...

My first impression of New Delhi (and India) of course came from its modern International Airport. It is modern, clean, huge and efficient. The first object that really caught my attention was a massive billboard featuring Samsung Galaxy S III, the latest and coolest smartphone (to its fans) of current time. Then, the signs at immigration also caught my attention. Passengers were categorized into either "First and Business Class" or "All Passport Holders" only. Nonetheless, getting through immigration and customs was still rather straight forward. 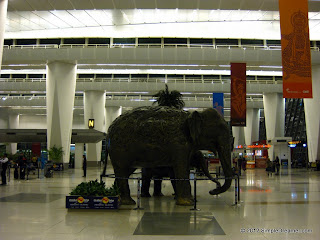 I was fortunate enough to have pick up arranged and transportation was luckily not an issue. Infrastructures around the airport area are near perfect, giving a "wow" first impression. As my kind driver drove further away from the airport and central districts, the road gets bumpier and darker. It must take suburb skills to drive in New Delhi. Cars move between lanes and cut in front of each other without warning, motorbikes AND pedestrians jumped out from no where and crossed in front of vehicles. Drivers have to drive with one hand on the horn. The last time I have experienced something similar was when I was in China. The only difference was perhaps there were more bicycles in China, where India had more motorcycle and tuk tuk. 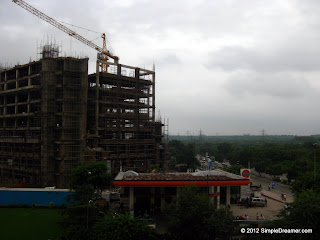 Speaking of motorcycles, there were a mixtures of motorcyclists who wore helmet and who went without. Some motorcycles carries more than four passengers at once. For those who wears helmet, they tend to life their helmet and spit onto the ground when waiting for traffic lights. To be frank, I found this side of India much more fascinating than the "modern" side.

According to the locals, metro (modern trains / subway) and buses are also convenient means to travel in Delhi. Cinemas are also very modern and the locals (who can afford) loved to gather and watch movies in the weekend. I have to experience these if I get to visit this amazing country again. I will write about the food and other small things that I observed in the next post. See you next time.