October 11, 2012
The Ocean Park is a legend in Hong Kong! It is a theme park that fought its way against all odds. It is definitely a successful business story of all time.

There are probably numerous travel blogs that introduces the must-go and must-see attractions in Ocean Park. Let me introduce Hong Kong's local theme park from another angle, begin with its business story.

Life was much simpler three decades years ago. There were no iPhone, iPad, YouTube nor Facebook. The Ocean Park managed to serve both purposes for decades.In 1997, Hong Kong was handed over to China. It was also the era when the internet and mobile technology took off. Ocean Park was getting older and older, getting less and less attractive to families and younger generations. 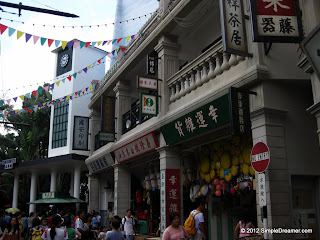 Furthermore, the Hong Kong Government decided to invite Disney to introduce Disneyland into Hong Kong. Just when people began to question Ocean Park can survive, the local theme park achieved much more than just survive. It thought against all odds and improved year by year!

When the Hong Kong Disneyland made consecutive losses year by year, the Ocean Park made more and more profits. What's even more impressive was that Ocean Park reinvested it's profits into new facilities that attracts even more tourist. It also learned from its rival, making itself more and more theme park like. The current entrance of Ocean Park is so professionally done that you may confuse with the entrance of Disneyland.

The whole story of how Ocean Park redefined itself was based on its people. It was not possible without its crew, management team that led with vision. One individual that deserves credit is a "foreign Hong Kong local", Allan Zeman. The Chairman of Oceans Park made his own fortune prior to joining the theme park. He set up numerous restaurants and bars at Lan Kwai Fong in Central and practically gave birth to the area. It was the leadership and creativity of Zeman and his team that reignited Ocean Park. This is the spirit that we should admire. 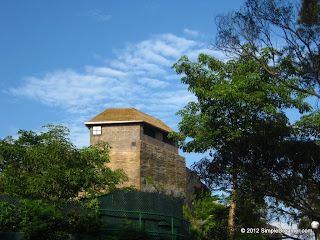 I will talk more about the park itself in the next post. Let me finish with a list of controversial facts of the Oceans Park.