October 07, 2012
A stunning 3D painting of Qin Terracotta Army is currently displayed at the Hong Kong Museum of History. This enormous painting is a promotional piece for The Majesty of All Under Heaven: The Eternal Realm of China's First Emperor Exhibition that runs from 25 July to 26 November 2012.

If you are not familiar with the back ground of Terracotta Warriors (兵马俑 in Chinese), here is my understanding. Around 200 BC, a powerful ruler in China conquered every corner of China named himself the "First Emperor", his kingdom "China", and his dynasty "Qin" (秦始皇帝 in Chinese). He made himself one of the best know cruel dictator in Chinese history, despite of his many achievements. He ordered his men to create over 8000 piece of life-sized arm for his own burial. His men somehow managed to achieve that with clay and the Chinese found these at Xian in the 1970s. This particular exhibition exhibits the original of some of these clay Terracotta warriors. 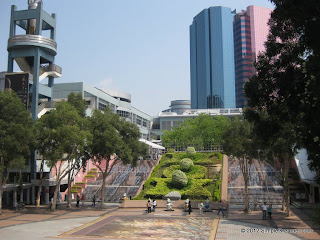 The promotional pieces are as impressive. At the square outside of Museum of History, a stunning 3D painting took center attention. In just a few steps, a chaotic collection of random paint turns into an amazing 3D comic drawing of ancient Qin Dynasty Terra Cotta Warriors and Horses!

The stair cases that leads to the main entrance of the Museum is decorated with photographs of the actual Terracotta warriors. Cartoon figures (the locals called these "Q-version" or "Cute-version") of terracotta warriors also surrounds the museum. 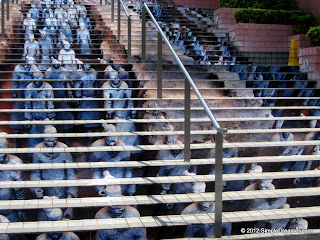 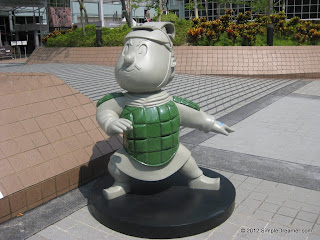 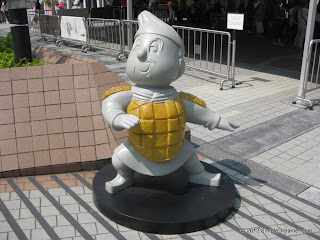 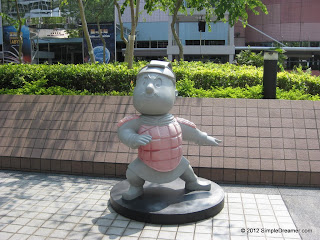