August 25, 2013
Astro Boy is in Hong Kong! To celebrate the debut of this 50 year old robo kid, APM shopping mall next to Kwun Tong MTR station hosted an exhibition featuring two giant Astro Boys and plenty of smaller ones.

Astro Boy, who's real name is Tetsuwan Atomu, or the "Mighty Atom" is the title character in a famous Japanese cartoon series. It's a cute robot with the ability to fly using jets in his legs and arms. Astro Boy has has strengths equivalent to 100,000 horsepower and equipped with laser weapons to battle against his enemy.


Astro Boy is kind of like the robot version of Peter Pan. This cute robot has attracted plenty of fans over the years. In this exhibition, several Japanese and non-Japanese artists created their own version of Astro Boy and pay tribute to the original. 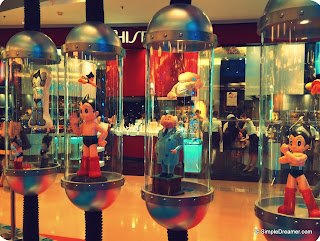 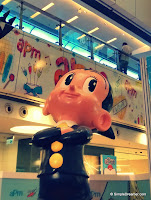 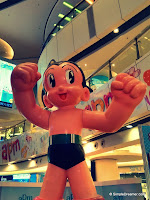 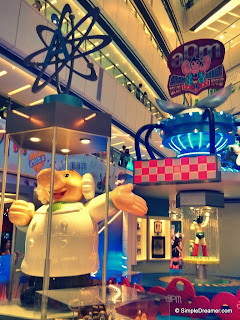 While the exhibition began in July 2013, it runs through August. The host, APM mall, does make a bizarre decision to also host a book fair selling discounted books (that has nothing to do with Astro Boy) at the same location at the time. Although it is open knowledge that every inch in Hong Kong is expensive, the discount book fair has completely ruined the atmosphere of the Astro Boy exhibition. Having said that, it is still a golden chance to see Astro Boy while he is in Hong Kong!