August 10, 2013
The Hong Kong International Airport on Lantau Island is one of Asia's major transportation hub. Since its opening in 1998, an additional Terminal 2 was added in 2007. Despite of the names Terminals 1 and 2, Terminal 1 remains the only terminal that passengers can abroad aeroplanes.

Terminal 2 "T2" of the Hong Kong International Airport consist of check-in counters, a 4-D cinema, a food court and retail shops. It also connects to a ferry terminals for speed boats to mainland China. Once checked-in and obtained their boarding pass from the airline counters at Terminal 2, passengers can walk through immigrations in Terminal 2. Once through immigration, unmanned underground railway will take passengers from Terminal 2 back to Terminal 1, where they can aboard airplanes. 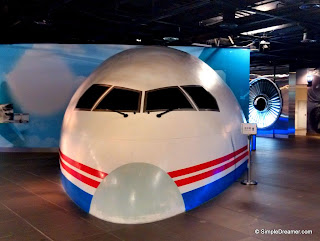 The alternative approach is to get boarding pass at Terminal 2, then walk back to Terminal 1 and through its immigration. Both approaches will ultimately take passengers to the same boarding gate. Compare with some other airports, the walking distance between the two terminals is relatively short. Furthermore, it is under one air-conditioned roof. 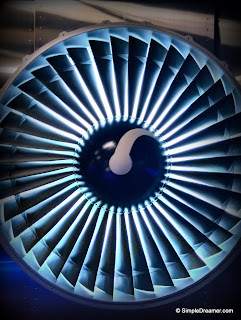 The Terminal 2 of Hong Kong International Airport was positioned to be more than just a terminal. It is also an entertainment center and an exhibition hall that has style. The UA Airport IMAX cinema screen 3-D blockbusters as well as special 4-D movies. The Aviation Discovery Centre is a small exhibition hall that offers a snapshot of the industry. It is free and it is an excellent place to spend your extra time before your flight.

The best of Hong Kong International Airport Terminal 2 is the ceiling at the departure hall. The curve wave pattern created excellent visual impact. 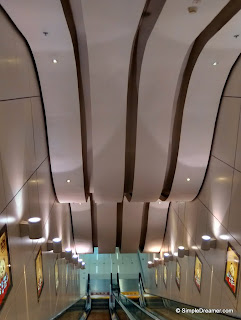 More attractions on the Lantau Island